Eliminate Your Development Headaches With Prototyping 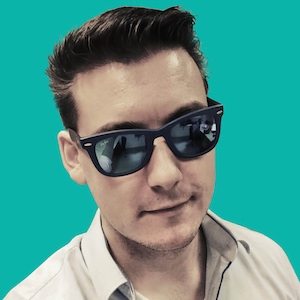 Web and app development can be time-consuming and involve a lot of rework. In the process, your business spends more time iterating on simple issues that could have been resolved weeks earlier. Prototyping is a development best practice that prevents these problems, clarifying your vision before your developers write a single line of code.

While not every developer invests in prototyping, it has so many benefits for your project. Learn how prototyping works, the four phases of prototypes, and the four reasons you need prototyping for your next development project.

Prototyping is a process that happens before developers code your website or app. The developer will make an interactive simulation of your final product and use it to collect feedback. Whether it’s your boss, users, or other departments, prototyping makes it much simpler to collect feedback, especially from people without technical development knowledge.

Overall, prototyping gives you the chance to see how a project will work in the real world—and whether or not it will succeed.

What are the 4 phases of prototyping?

The four-phase process of prototyping helps you validate your ideas, improve the final product, and get the buy-in you need for the project to be successful.

The concept phase is just that: talking over concepts and ideas with your developer with the help of rough sketches. At VeryCreatives, we start with a scoping workshop to get an idea of your project’s flow, the placement of objects, and the overall goals. The concept prototype isn’t usually digitized or clickable—it’s a tool for kicking off the wireframes.

After you agree on the concept, your developer will make a prototype wireframe, which is a cleaner version of their sketch. This will include more fleshed-out ideas on function, sizing, and layout. You won’t see interactivity or content on a wireframe; the purpose here is to finalize layout and flow.

In this phase, your developer will add a little interactivity to the prototype for your review. It will include some content and visuals so you get a feel for how the prototype will look. At this point, the prototype is usually ready for full development.

If you want a more solidified prototype, this phase outlines every fine detail of your prototype. It’s the best way to ensure a product will look how you envisioned it once it’s time to code. Phase 4 includes all interactivity, branding, and content and usually has ironed out any bugs or issues, too.

4 reasons to use prototyping

Four prototyping phases probably sounds like a lot of work just to prepare for development. Is it truly necessary to kick off your project?

You don’t have to use prototyping to be successful, but it has four big advantages over non-prototype approaches to development.

1. Involve users in the process from the start

You’re building a product that solves a need. That’s why users need to be involved in every step of your development process. Unfortunately, traditional development saves user testing for later, which usually leads to several catastrophic (and expensive) fixes at the last minute.

Prototyping front-loads your user testing, giving you a viable test product to put in users’ hands fast. Starting with a prototype means you can highlight issues that may have gone unnoticed for weeks with a traditional approach.

Businesses don’t work in a vacuum. You might need buy-in from investors or your leadership team to greenlight a development project.

Prototyping makes it easier to get team buy-in without significant costs. That means you get to pitch your idea sooner and with more confidence. Everything is justified with data and user feedback, making it easier for you to get funding for your project.

Your project isn’t just going to affect one stakeholder or department—it has to meet everyone’s needs. For example, you need to know if your app will work not only for your sales team, but also for your customer service and product teams.

Without prototyping, this is a difficult, messy process. Prototyping helps you gather feedback, criteria, and design direction more efficiently from all stakeholders.

It also prevents scope creep, clarifying misunderstandings between your stakeholders for better results. Instead of asking employees to give feedback on something that’s highly technical or theoretical, prototyping puts a realistic product in your team’s hands.

Any time you simplify or streamline the development process, you save money. Instead of saving all testing and iterating for last, prototyping does all the hard work and planning upfront. Rather than spending hours on expensive rework, prototyping means you deal with issues early, saving a significant amount of money.

It’s so rewarding to see your project come to life. But the development process is far from easy, and the faster and cleaner you can get a project off the ground, the better.

Work smarter on your development projects. Make painful, last-minute revisions and high costs a thing of the past by prototyping first.

Curious how the prototyping process would work for your project? Get in touch with VeryCreatives now for a quick brainstorming call.

Building an MVP? Set Yourself Up With the Right Mindset

Learn how vision, research, and strategic thinking will put you in the right mindset for building an MVP.

Digital Transformation. Where is the ROI?

Study some of the most successful Digital Transformation examples to identify how you can improve your business outcomes by embracing technology.

Schedule a free consultation with us!