UI Design to Developer Handoff: A Simple Guide for Designers

Whether you’re designing an app or creating a website, there is an inherent tension between the worlds of design and development. The former revolves around creating an appealing, usable and stylish experience, whereas the latter has to consider how this can be implemented on time into a maintainable system that will deliver on client expectations. Quicker build times lead to happier staff and clients, higher profit margins, and fewer delays or disputes. And instrumental in this process is the design handoff stage.

What is a design handoff?

The design handoff to development stage occurs when a team of designers passes their creative efforts onto their coding colleagues, who will physically realize these designs and templates on the client’s behalf. It’s a crucial stage, though it’s often an ongoing process rather than a single meeting or Zoom call. If it’s handled effectively—with clear communication and pre-agreed developer handoff tools—coding will be far more fluid than if developer handoff is an afterthought. The end product should be coded broadly as it was designed, if different departments work coherently and cohesively together.

As a digital product agency, VeryCreatives has been through this process enough times to have identified seven key rules which should ensure a smooth design-to-development handoff.

1. Work together from the outset

The design to development handoff is more harmonious if all parts of the team work together from day one. Including developers in early consultations and design processes helps to temper client expectations. It reduces friction and miscommunication as the developers take over, eliminating any sense of us-and-them in favor of a unified team all committed to delivering the best client outcome. 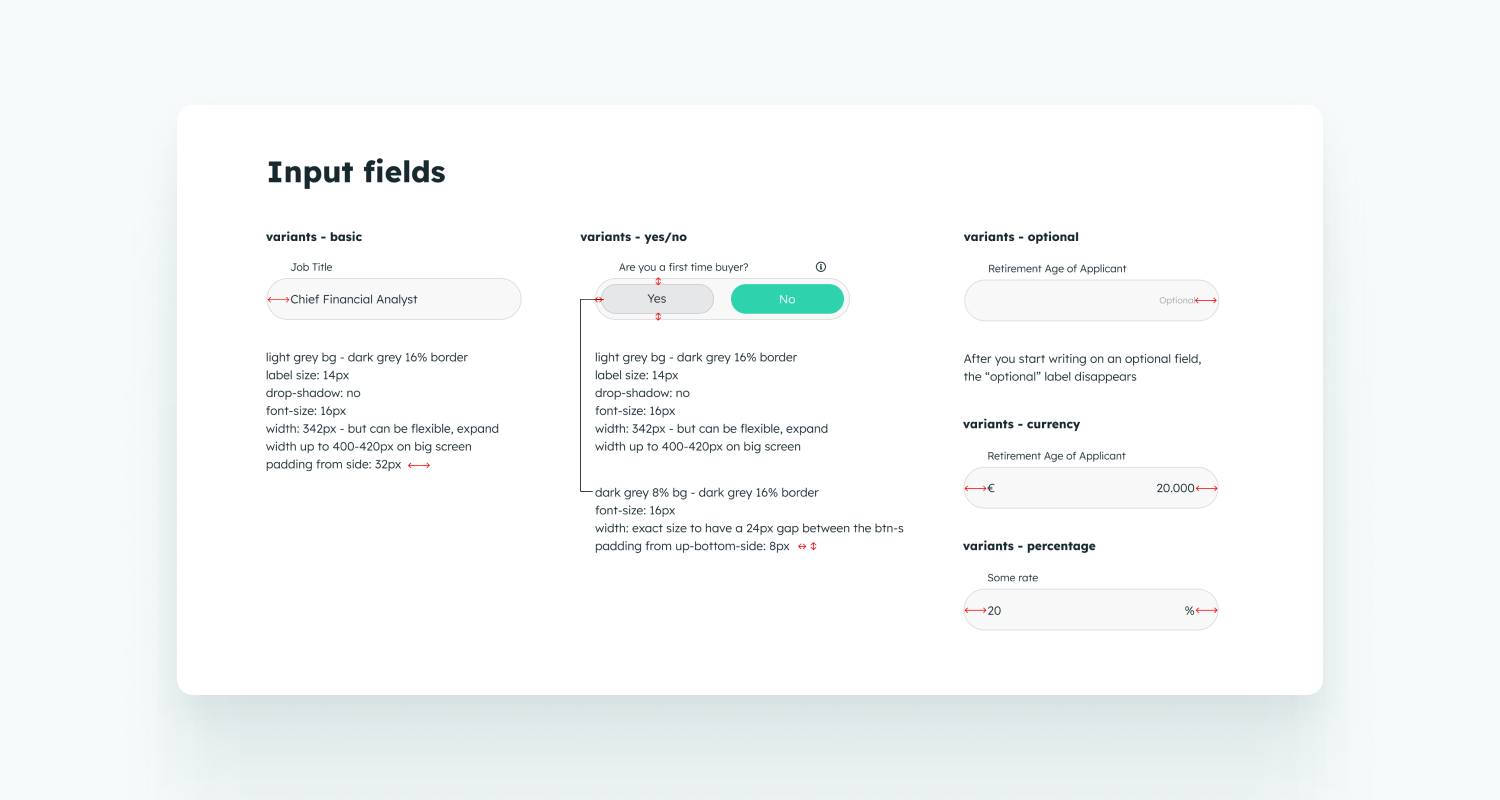 Communicating your ideas is key. It is useful to add notes and descriptions so that developers know the whole story behind each element

Figma can set up a series of rules and tokens, that will carry on through the whole design, making development easier and less stressful.

Whether you’re referring to a layer or an object type, it’s critically important to ensure consistency in the naming process. Developers want to build screens in an orchestrated sequence, rather than having to approach each one separately. With a clear structure and unambiguously named elements, the developers can instinctively respond to instructions without having to translate them first. 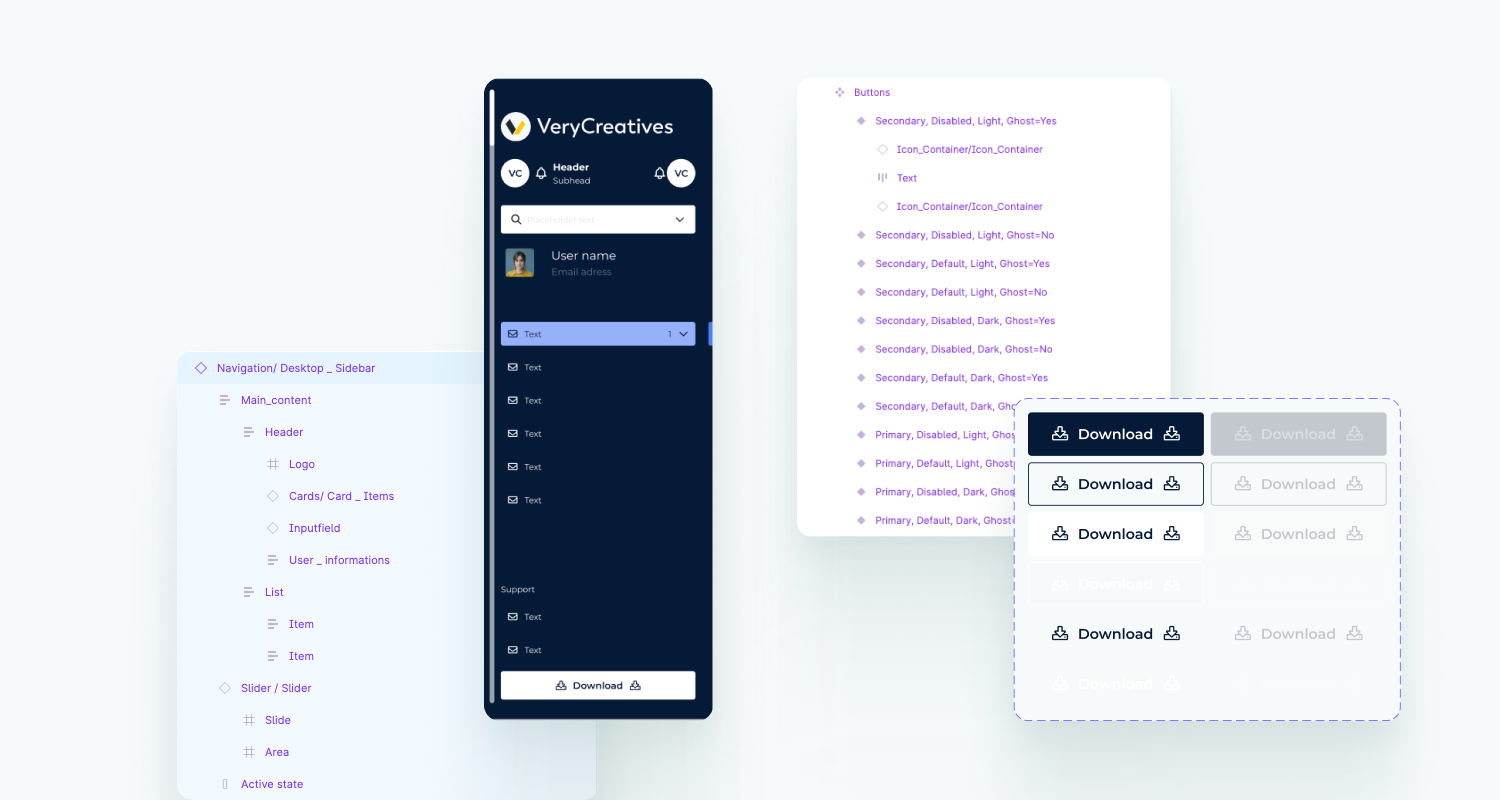 Name everything consistently throughout the designs, so devs can be sure what elements to use and where exactly. 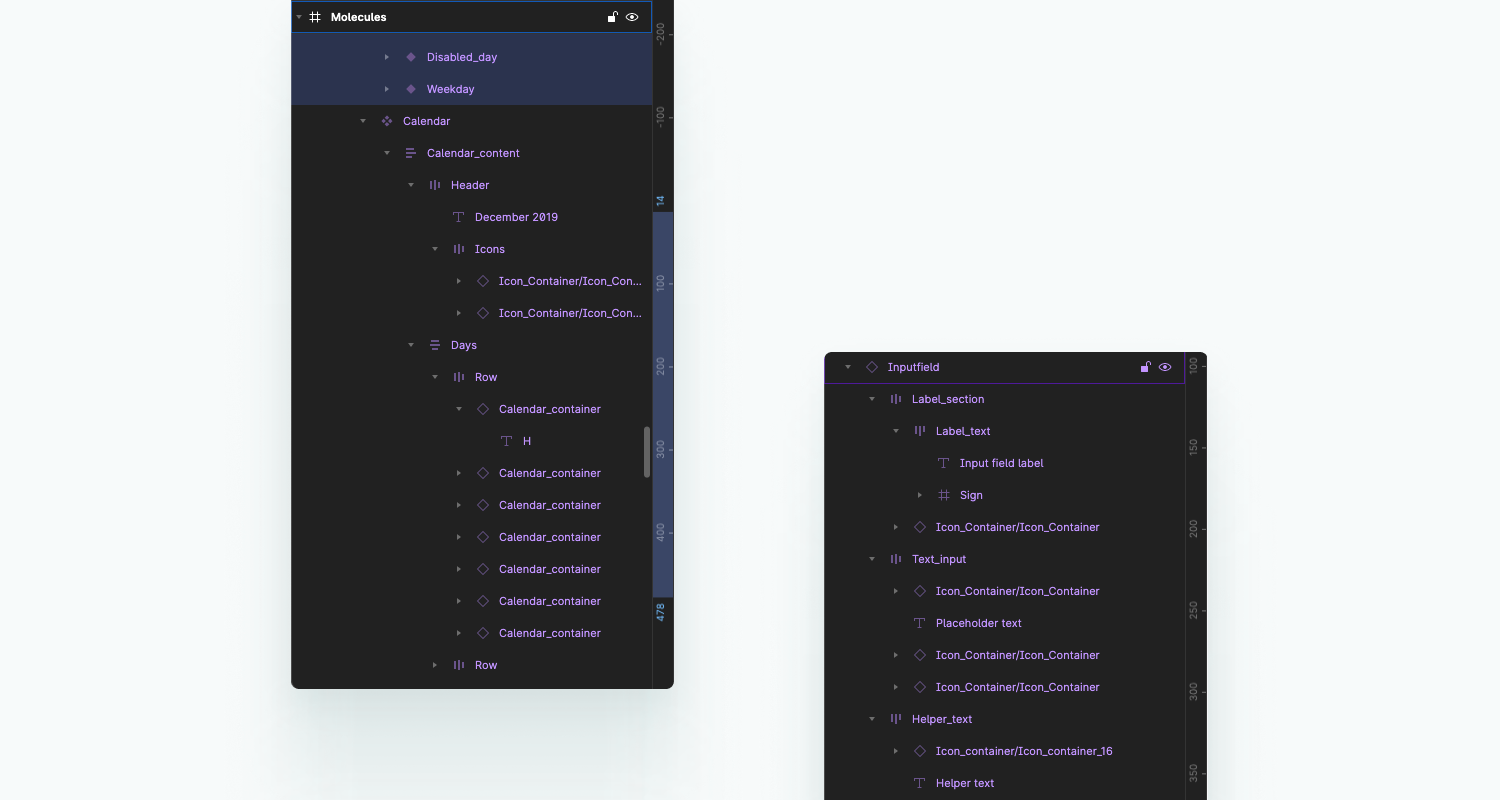 Naming everything accordingly, and keeping a tidy layer structure can prove to be a huge timesaver when the development process starts.

This builds on the last point in that any website or application needs to be coherent. From fonts and forms to databases and designs, there should be consistency within an app or site (and between related platforms) which delivers an intuitive UX. This is an example of where UI design handoff guidelines will help developers to reuse elements throughout the project, benefiting all parties. 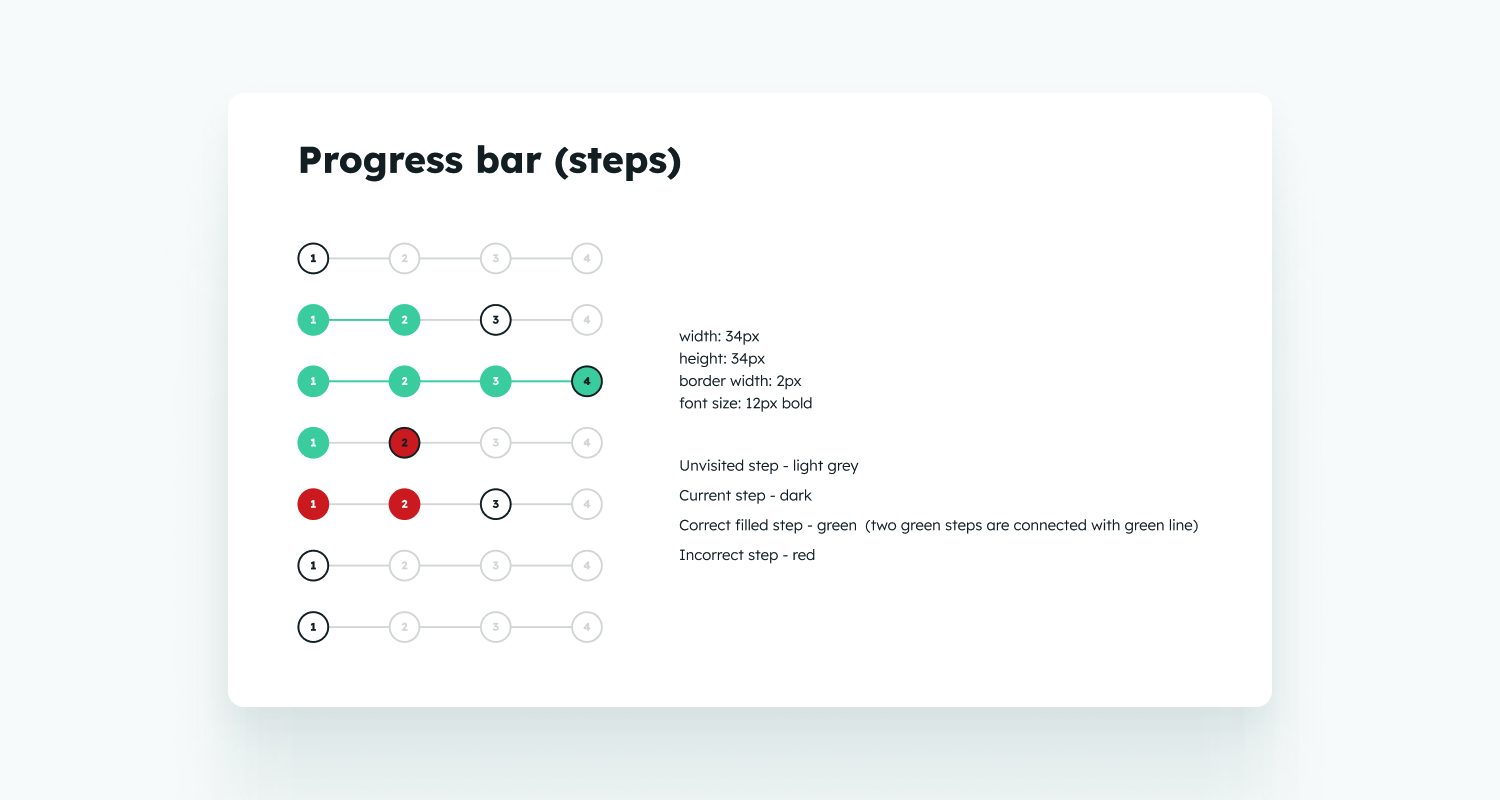 In reality, most components have more than one ideal state. When designing, it’s important to plan ahead and think of all the possible future variants, and create them in advance.

4. Keep those style elements in check

Again, this is an expansion of the last point. We all remember certain 1990s websites with their ludicrous color clashes and lucky-dip approach to fonts. Today’s audiences are far more sophisticated. They want a minimum number of fonts, color schemes, effects and icons. The design handoff to development notes should emphasize the importance of maintaining this approach. 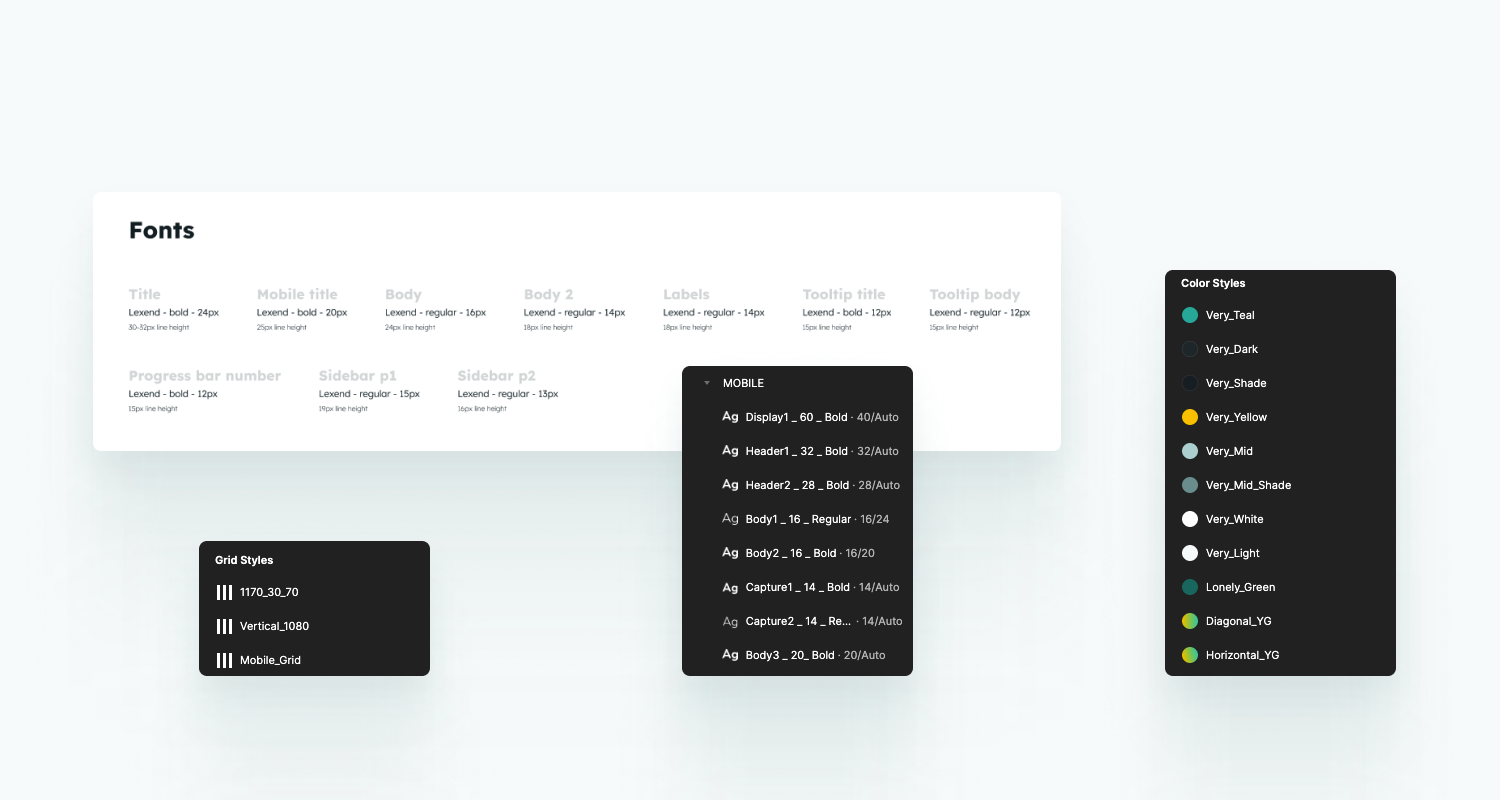 It is important to set up font styles, colors, and grids at the start of the project.

This is about minimizing any risk of information silos, ensuring departments aren’t plowing a lone furrow. Whether you’re updating colleagues on Slack or ticking off stages in Figma (which we discuss in more detail here), ensure designers and developers are all apprised of progress. The latter will be aware of setbacks and delays, while there’ll be fewer surprises from the former at developer handoff time.

It would be a wonderful world if consumers or clients always used apps and utilities as the developers intended. Sadly, that’s not the case. From third-party software conflicts to disconnections and incorrect data entry, developers need to ensure design templates apply to unexpected scenarios. What happens if the program or website crashes, content can’t be found, or there’s an outage?

With thousands of android and dozens of apple phones and screen sizes out there, you should be prepared to design in a way that the result is dynamic and scaleable.

7. Keep it simple wherever possible

Sometimes the best path is to follow existing standards – a font web browsers can interpret, rather than a lovingly-created new font they can’t, for instance. Screenflows may be of value in this regard. They’re important for establishing start/end/conditional activities, but they can also underpin discussions about how to achieve certain outcomes, keeping designers and developers on the same page. 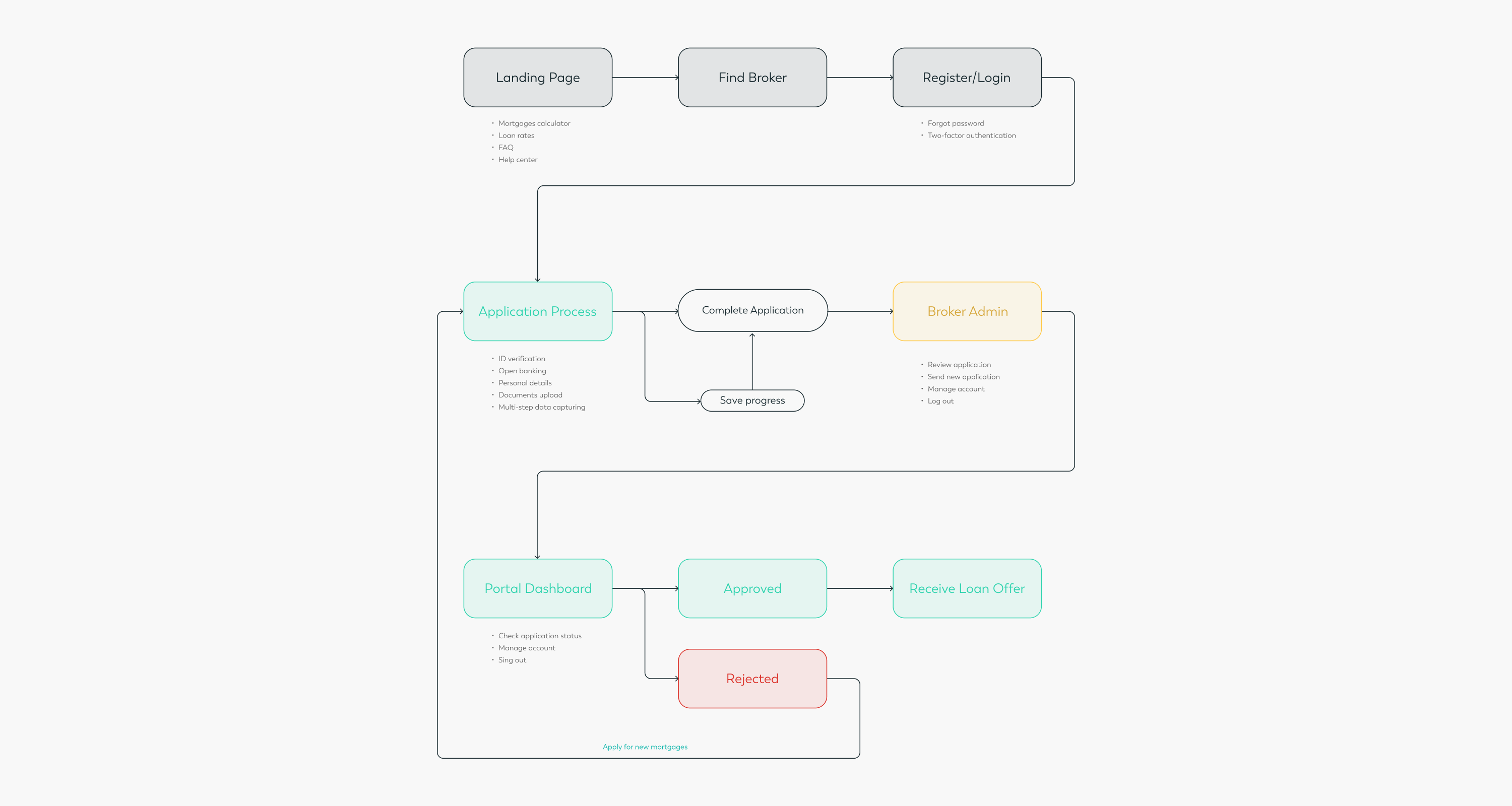 While the above steps should be hugely beneficial in terms of UI design handoff, it’s worth noting that no battle plan fully survives first contact with the enemy. There is only so much any team can do to mitigate crashes, bugs and flaws exposed by beta testing. However, clear and jargon-free (where possible) communication will go a long way to smoothing the path.

It’s the job of digital product specialists like VeryCreatives to take a design concept or initial idea and deliver an effective outcome, irrespective of obstacles or technical challenges. To find out more about how we can help deliver cohesive and coherent outcomes, get in touch with us.

We make the logos bigger